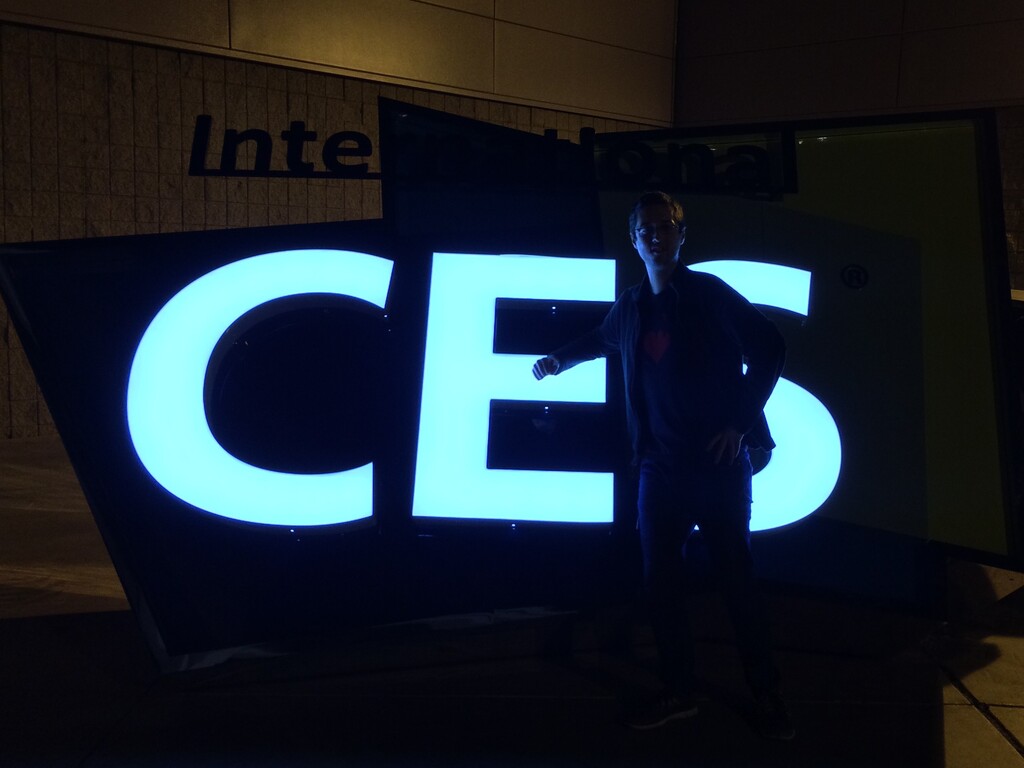 Last month I attended my eleventh annual Consumer Electronics Show (CES) in Las Vegas. I’ve been going to CES every year since my first year of college, in 2009. In fact, it was the first reason I ever left my home state! The show is free to attend, but only for “industry affiliates”. Fortunately, the requirement for being an “industry affiliate” is pretty loose, which means I’ve been able to attend under the company I started in college to do software contracting work. As a poor college student, I probably wouldn’t have been able to go otherwise.

It’s been really fun to see how the show changes over the years. Whenever I go with friends, we try to come up with some lies to tell people about what our company does (since it is now defunct). Our “focus” is usually derived from one of the big tech fads observed during the previous year. One year it was virtual reality, then augmented reality. Following that, “smart home” and most recently “smart cities” (you gotta grow your business).

This year in particular, there seemed to be a lot of criticism of CES for being too heavy on concept ideas rather than actual shipping products. Veterans of the show will know that this has always been a thing, and it’s fairly easy to spot which ideas are concepts and which are practical, viable products. People who criticize this, though, I feel are missing the point. The show’s primary purpose has never been for new product announcements (although there has been some notable exceptions to that in the past). In fact, after years of consuming propaganda from the CTA, it’s not entirely clear what the stated mission of the show really is. On the CTA’s website, they claim their mission is “to help innovators of all sizes grow their business”. Makes sense to me, they require a business card to enter the event, and it’s hard to walk by any fancy bar or restaurant in Las Vegas during this time without seeing a very important business meeting taking place.

The other part of the CTA’s mission statement is more in line with why I continue to attend, though. “Technology is about changing people’s lives for the better. It’s about ideas, large and small, that keep us connected, that help us move and that spark even bigger ideas.”. In that regard, I personally think CES is not unlike the World’s Fair. The World’s Fair (or World Expo) was an exposition of worldwide progress. A showcase of the achievements of nations. It was a celebration of futurism.

The 1939 World’s Fair was one of the biggest ones, with over 200,000 people in attending in New York City and being the second most expensive of all time. At that particular fair were several notable events and demos. Albert Einstein gave a speech about cosmic rays, the president of RCA formally introduced television to the audience (which was many attendees’ first time seeing it in person). Westinghouse (who still attends CES) showed off Elektro, a concept for a personal humanoid robot who could respond to voice commands and move around. Honestly, I can’t imagine a better retrofuturism comparison to CES than the World’s Fair. A wonderfully eccentric mix of theory, celebrity, concepts, and shipping products. Critics of the show shouldn’t compare every technology event to Macworld 2007 (looking at you, Gruber). Instead, think of it as a celebration of futurism and an exposition of enthusiasm and great ideas.

That being said, CES is not an event to take entirely seriously… 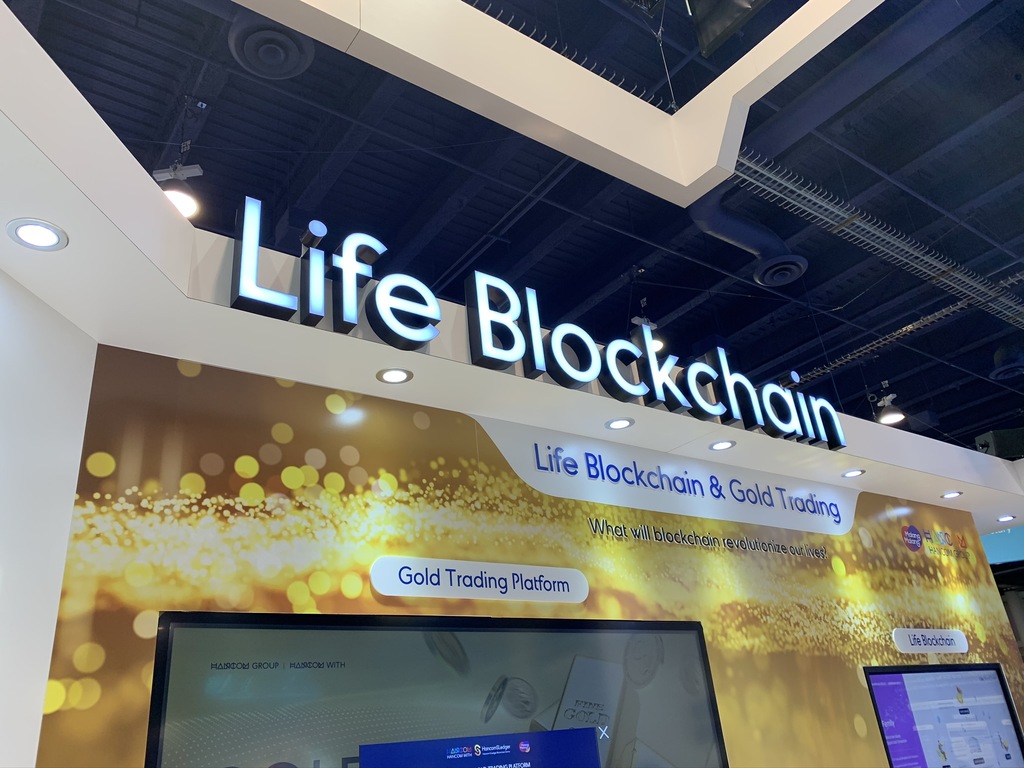 In fact, that’s part of the fun! I started having a lot more fun at CES when I stopped taking things seriously. However, while some things may seem far fetched, there are still some really great ideas and exciting demos. 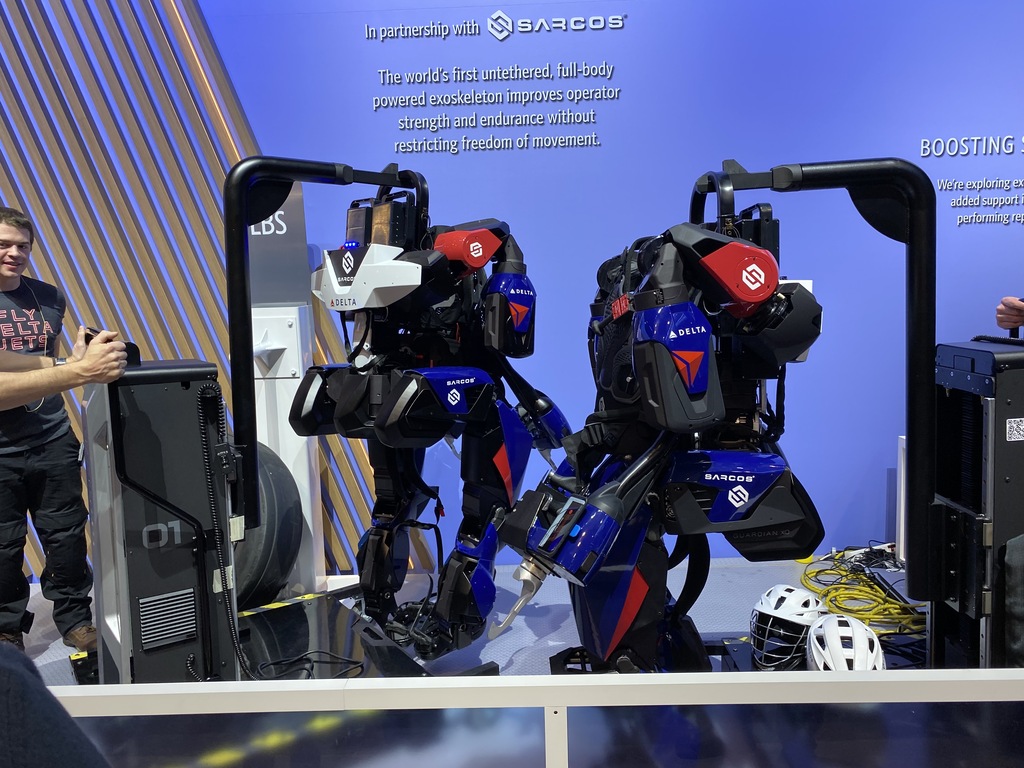 For example, Delta airlines was showing off a proposed robotic exoskeleton to allow their crew to move luggage onto an aircraft more safely and effectively. Pretty far fetched, but it certainly drew a large crowd and excited a lot of people.

Of course, there is no shortage of companies who are actually making a huge impact with some insanely cool ideas. A lot of people might know John Deere as the company that makes tractors for farmers, but did you know they also hire scientists and engineers to create combines that use computer vision and machine learning to more efficiently disperse pesticides? 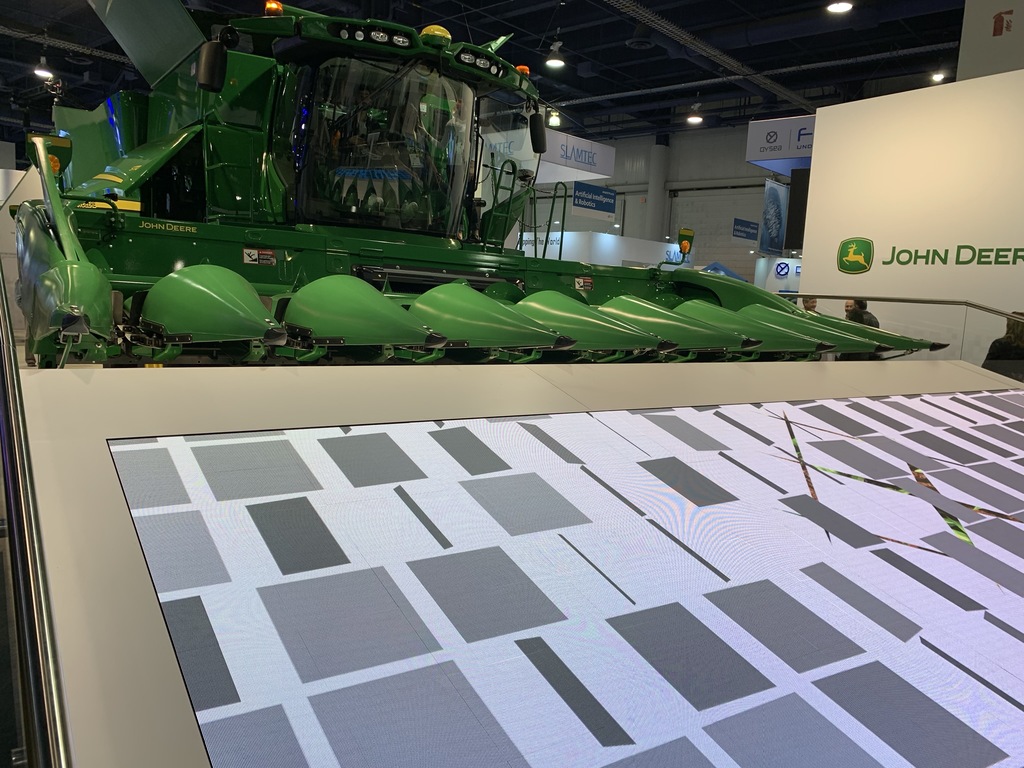 There were also some great opportunities to look into the future of automotive. For example, Sony showed off their first electric car concept at CES this year. It’s true, the car was a concept car with no announcement of plans to take it to market. Although it doesn’t take much foresight to see that the car companies of the future might actually be a lot of Sony’s neighbors at the show this year. I have no doubt that within ten years, the most popular car companies will be companies like Samsung, LG, and Sony. 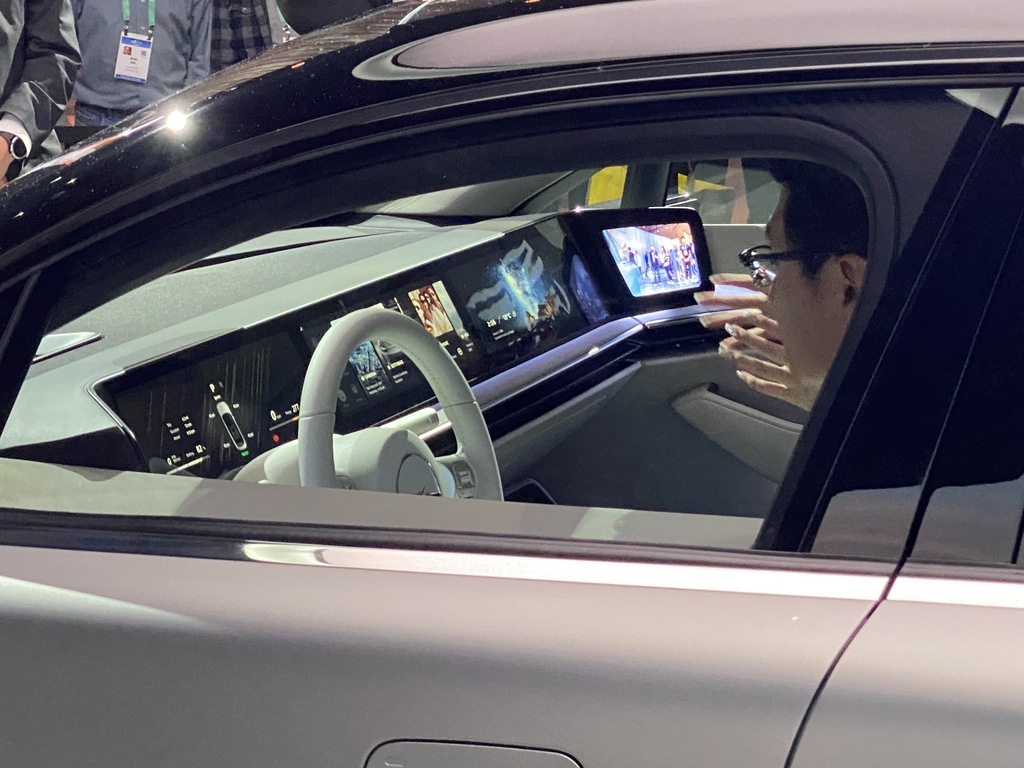 One of the major competitive advantages of electric cars is their battery design. Today’s consumer electronics companies have a huge opportunity to apply the millions of dollars worth of research invested into smartphone battery designs towards electric car batteries of tomorrow. Not to mention, if all cars are going to be completely automated in the future, the other competitive advantage for cars is going to be electronic entertainment. Television and game console manufacturers are going to have some very attractive looking options for people’s commute. 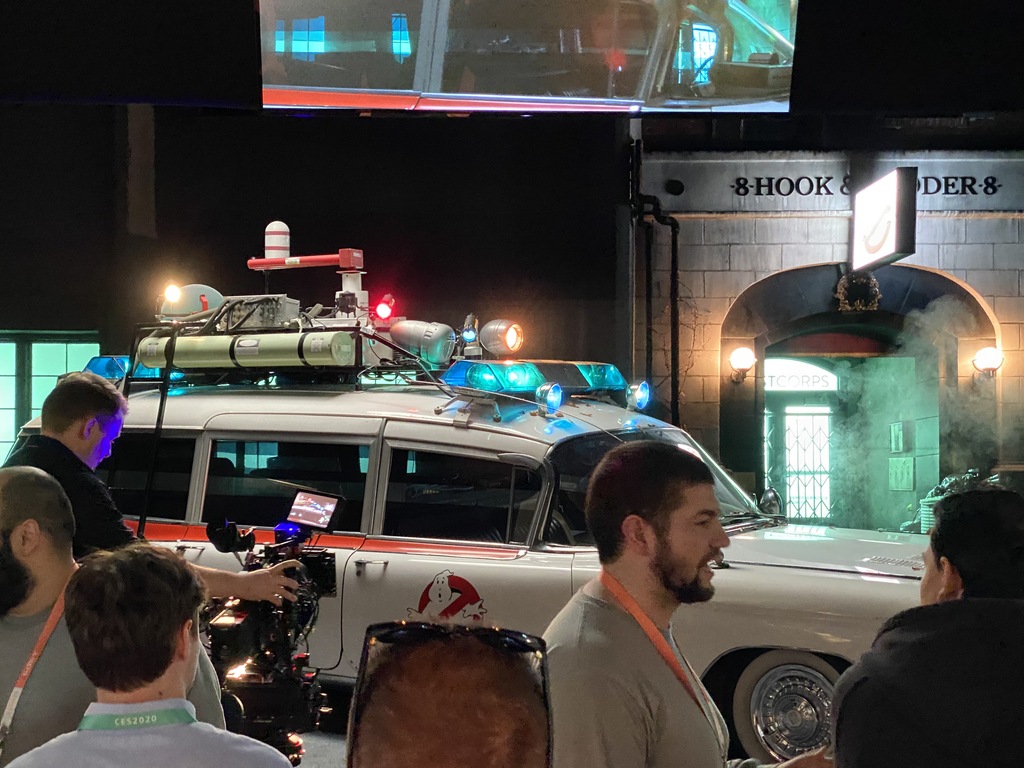 Sony was even showing off a very interesting (and probably very expensive) product for Hollywood film studios. They had a very cool demo of a gigantic, color accurate, extremely bright display that can be used in place of green screens for the background of shots. The footage displayed on the giant screen can be calibrated to parallax with the movement of the camera for an ultra realistic shot. One of the big advantages of using this is realistic reflections on props in the foreground without using CG. 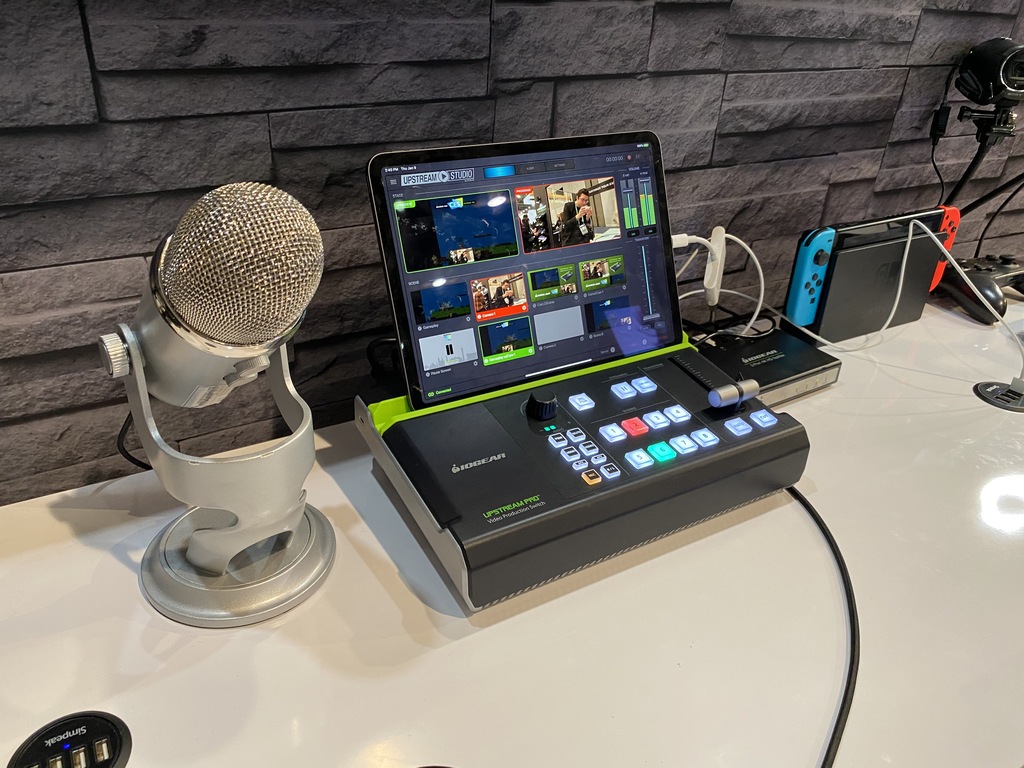 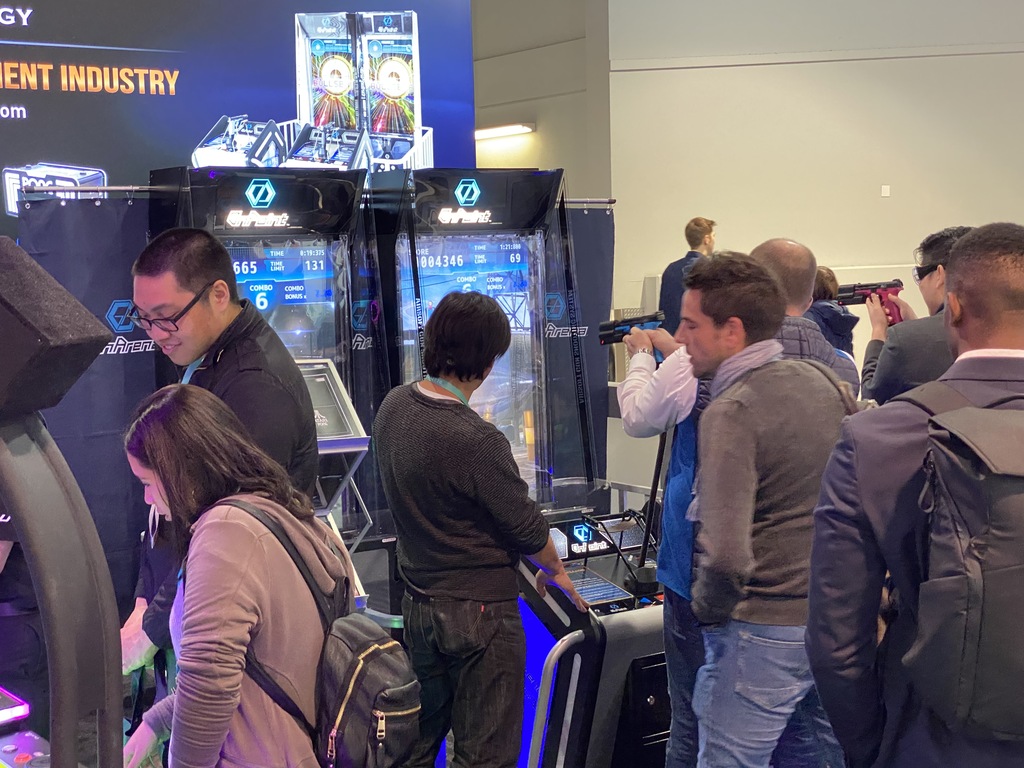 Arcade game manufacturer UNIS Tech was even there showing off a really neat new shooting game concept involving real air soft guns (massively popular in Japan). I even got to speak with a representative from Taito who was staffing the booth about rhythm games and arcades in Japan. 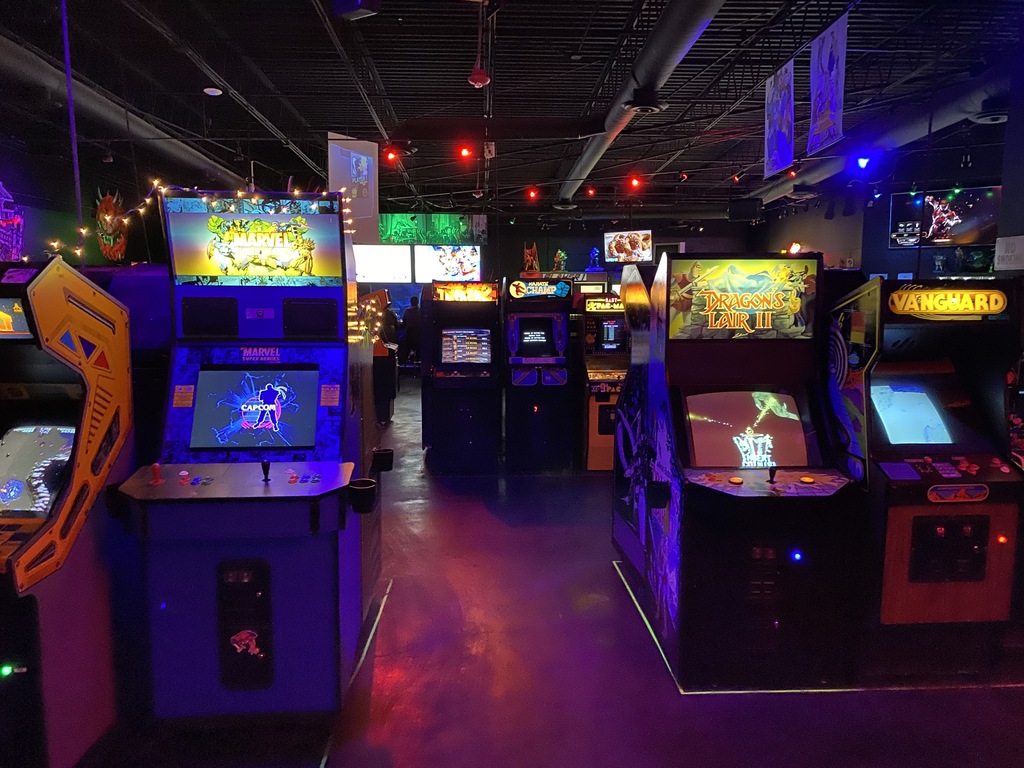 Outside of the show, we had a lot of fun checking out some of the local arcades. One of which was a relatively new video game bar called Player 1 which was absolutely incredible. Not only did they have a great collection of classic arcade games and pinball, but they also had all of the hit console games modded with hard drives/SD cards containing pretty much every game you can think of, starting with the Atari 2600 all the way up to the original Xbox. 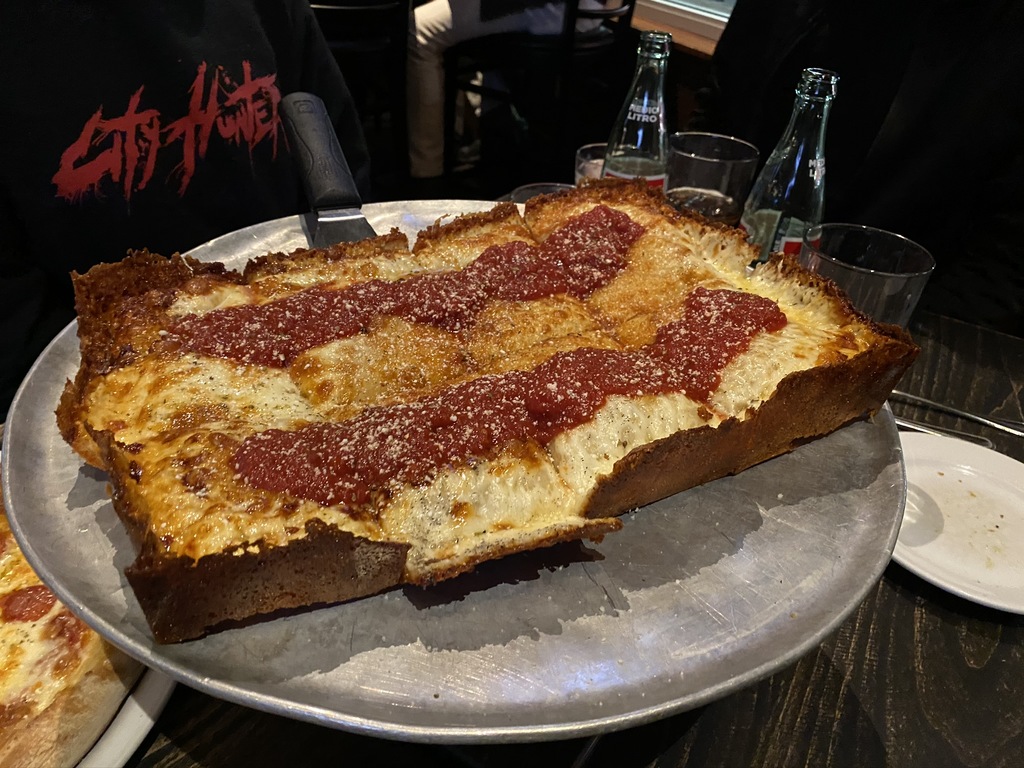 Much pizza was had at pizza magnate Tony Gemignani’s Pizza Rock. The Detroit Red Top tasted just the same as the one at Tony’s Pizza Napoletana in San Francisco.

Having attended CES eleven times now, not a single time was the same. There is always new trends, companies, memes, and swag to be had. I look forward to it every year, and I can’t wait to return again in 2021!