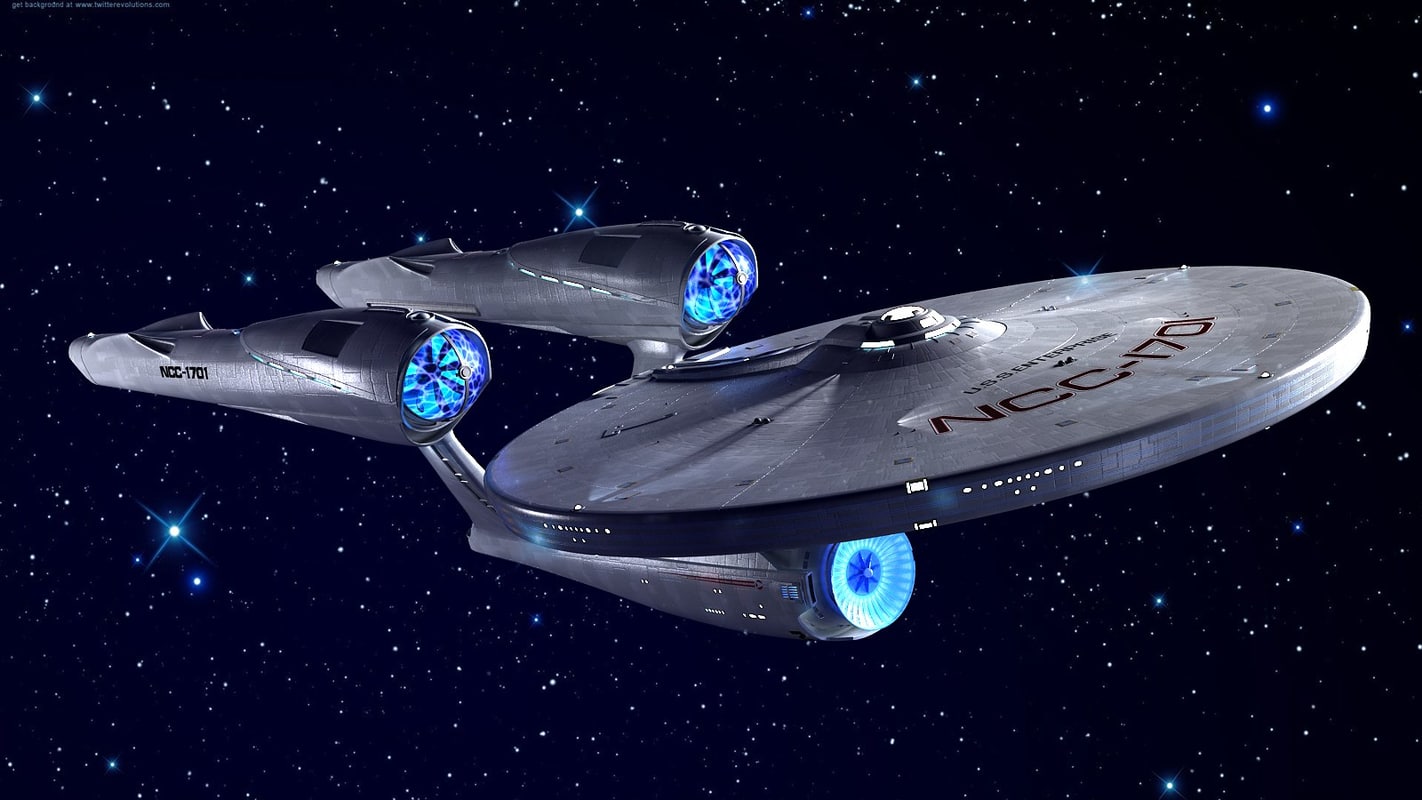 Star Trek is a world renowned television series and media franchise that’s been running for over fifty years. It has one of the largest, most widespread and most passionate fan bases of any obsession in the world. Certainly one of the largest for a television show, with dedicated websites, forums, communities, fan fiction, and even entire conventions. Consuming the entire corpora of Star Trek is essentially a rite of passage for geeks in the English speaking world, and an especially important cultural touchstone in the United States.

And I didn’t get it. Until just recently.

Like most popular things, references to Star Trek are difficult to avoid in modern popular culture. Even without watching a single episode, I already knew about things like the Klingon Language, Warp Drive, “Live Long and Prosper”, etc. These references are so deeply intertwined with modern pop culture, it’s impossible to miss.

It wasn’t until just recently though did a friend encourage me to start watching the series. Being a huge fan of sci-fi in general, it seemed only natural that I would enjoy it. He suggested that I start by watching Star Trek: The Next Generation. Being produced in the late 1980’s, I was told the pace of the show would be a lot more approachable compared to the original series from the 1960’s.

I watched the first few episodes, and honestly, could not get into it. The one-piece uniforms looked silly, the CGI was dated, and some of the concepts seemed really farfetched to me. I put it down for a while, thinking it was just another thing that I may not “get”.

At some point though I decided to give it another chance. With most of the country under lockdown, there’s suddenly a lot of time for watching TV. I’m not sure when it happened exactly, but eventually the show “clicked” for me, and I am now extremely obsessed with it.

Star Trek is more than just a television series. It is a blueprint for a better humanity. The most exciting thing about the show, I realized, was not the stories, the characters, and especially not the special effects. It’s the philosophy.

Based in the 23rd century, not only is planet Earth united, but humanity has gone beyond Earth and colonized other inhabitable planets once thought to be outside the reach of space travel. Earth, the planets colonized and terraformed by humans, and the allied and friendly alien races discovered through exploration are joined together via the interstellar government body called The United Federation of Planets. One of the most important endeavors of the Federation is Starfleet, which is an organization whose mission is, “to explore strange new worlds. To seek out new life and new civilizations. To boldly go where no man has gone before.”

With all worldly problems solved mostly by technology, including medical ailments, universal access to the sum of all human knowledge, and resource constraints of any kind, humanity has decided to reach for the stars and explore the universe with the sole mission of education and exploration.

The fictional technology of the show is certainly enough to hook the interest of any nerd. However, topics of diplomacy, team building, mentorship, and mutual respect for one another is really what makes the show so interesting. A frequently recurring theme of Star Trek is actually the crew running up against the limits of their technology, leaving them to rely solely on the ingenuity, resourcefulness and cohesion of the beings aboard the starship.

This, I feel, is the most beautiful message of Star Trek. The writing places an enormous amount of importance on people’s ability to solve problems. Writing aside, the show also casts an incredibly diverse crew of actors. The cast casually showcases men and women of many different human races and nationalities working together with alacrity and harmony. The original series from 1966 cast an African American woman to play Ohura, a telecommunications officer, and a Japanese man to play Sulu. While commonplace in movies and TV shows today, this was an extremely new practice in the 1960’s, and serves today as a time capsule of the successful civil rights movements of the time.

Beyond the myriad of human combinations aboard, the crew takes a special delight in learning about the cultures, idiosyncrasies, and values of newly discovered alien races, demonstrating the potential momentum of doing so on planet Earth has limits beyond Earth itself and always serves to better humanity as a whole. This is, of course, not always easy. Fortunately the show’s main protagonist, Captain Jean-Luc Picard, happens to be an expert in diplomacy and serves as just one of the many fantastic role models portrayed on the show.

The cast of role models really makes me regret not getting into the show as a child. The Next Generation includes, for instance, the aforementioned Captain Jean-Luc Picard, an eloquent polymath with admirable confidence and integrity. Commander William Riker, the ship’s first officer, who is both calm and intensely observant but with his own set of realistic and relatable imperfections. Chief Engineer Geordi La Forge, an incredibly brilliant, competent, and hard working lieutenant whose ingenuity is often the only saving grace from the ship’s total destruction. There’s even the ship’s Counselor, Deanna Troi, who serves as a brilliantly empathetic humanitarian, and the show’s most beloved character, Commander Data. A very convincing android whose modus operandi is to serve and learn as much about humanity as possible with charming enthusiasm and curiosity.

There isn’t really much of a point to this post, I mostly just wanted to share my newly found love of the show. When it comes to being optimistic about the future of humanity, I can think of no better example than Star Trek. Living in Silicon Valley, I was also really surprised to find that nearly all of my coworkers have seen the show. This apparently goes pretty far up the chain in my company, with even our department’s vice president being a huge fan. I guess this should be no surprise. Silicon Valley, even with all its criticisms, is full of self-motivated futurists who are trying to build a better future. It turns out, a great way to find the source of this motivation is to ask the nerds of Silicon Valley what their favorite television show is.